You know, you think you know someone.  You live with a person for 19 years and they can still surprise you.  In this instance, I even carried this person in my womb and I didn’t see it coming.

In the Ross household, we have shown a lot of animals.  We wash them, comb them, give them haircuts, blow dry their hair, polish their hooves- sounds ridiculous, I know.  But, we have a lot of fun doing it.  Then the kids lead them around the ring, let the judges take a good hard look, make the animals stand pretty and hope to take home a blue ribbon and a buckle.  So, showing animals is something quite in our comfort zone- showing people however, that is certainly not in our comfort zone.

To say I was surprised when Cheyenne announced that she wanted to compete in the Miss Van Zandt County beauty pageant would be an understatement.  If you have ever seen Cheyenne, you know she certainly is beautiful, but she has never been a girlie girl.  Riding horses, swinging on vines, playing volleyball, these are things that she is drawn to, she even has a  lamb for a running buddy. So, surprised I was.

To be honest, I did not really take her serious at first.  I thought it would pass as a novel idea that flitted through her head and then on to something else.  But it did not.  So, I then said, “Sure, but I am not doing the paperwork and you will have to pay the entry fee.”  Boy, I am supportive, I tell you.  Now, if you have ever dealt with Cheyenne once she gets determined she is determined.  All of her life she has had a will of granite.  As time went on and she handled all the paperwork, got her pictures in order, and paid the fee.  It was then I saw that she meant to enter this pageant and she intended to win.  Why not, it won’t do you much good to compete if you plan to lose.

My only other concern- other than the fact that I had NO idea what to expect and what to do- was that although Cheyenne has certainly been blessed in the beauty department, charm was not something she was given in excess, she really wasn’t given it in moderation.  Speech came early, she could speak in complete sentences by the time she was 18 months old, by the time she was two she could argue with the best adults.  The little old ladies that attended the little country church with us took great delight in telling her just how pretty she was every Sunday morning, to which the little 24 month old would reply, “Don’t talk to me”.  As you can imagine, I was horrified.  Maybe it was because she was so tiny or so cute or both, the little old ladies would cackle with laughter and do it again the next week.  I followed along behind like some sort of press agent trying to manage the damage cooing things like “I am so sorry, we are working on that…”  And we did  and I guess it paid off, she no longer offends the elderly and is thought of quite highly by those grown-ups in her life.  Even so, the idea of Cheyenne parading by the judges smiling and charming them was just a bit foreign to me.  This kid had never given a hoot about what people thought of her.  People disagreeing with her or not liking her never phased her, she just assumed (assumes) they must be idiots.  Now this is something I am so grateful for in a teenager dealing with peer pressure, but raising a toddler who viewed me the same way was quite a challenge.

I have never been one to tell my kids they can’t do something that they haven’t tried and I wasn’t about to tell her anything like that this time.  We just went full steam ahead.  I must say that I was so surprised by just how much fun we had.  We found the perfect evening wear dress with no trouble at all.  The only thing giving Cheyenne a cause to pause was the talent category.  Now, she is certainly very talented, but we didn’t really think the judges would enjoy watching her castrate a bull calf or dehorn a baby goat.  Archery came to mind, she is a really good shot.  Once again she handled it all and made arrangements getting the go ahead for a sharp shooting exhibit.  We wrapped a target in black cloth, pinned balloons to it, and she shot them perfectly.  The night of practice I watched her and decided that she need a cute camo kind of outfit.  So, back to Tyler for one more shopping trip.  This was much more trouble to find than the evening wear- go figure.  but at last we found the right outfit.  I am not a gal who loves to shop and neither is Cheyenne, we were both glad to have the last outfit bought.  Still, we were having more fun than I ever imagined and I was getting to focus on her alone.  I loved every minute.

Pageant night finally arrived. Cheyenne was really excited, we all were.  Now, I have spoke to some fairly large groups of people and I never get really nervous.  But, having my kid up on stage being examined by people who don’t know them and bunches of people looking on, that made me sick to my stomach.  But, there was no need.  She did great with the western wear, all smiles and charming like there was no tomorrow. It was the talent part, though, that was really impressive.  Not only did she exude power as she drew her bough back and let it fly, she looked beautiful doing it!  I was so proud I could have popped!

The next day was the interview and evening wear.  Windy’s closet was the best shop for her business outfit.  She looked great in her outfit and we spent a lot of time on her hair.  After the interview we did her hair and she put on her lovely dress.  Again, looking at her I was so proud I could bust.

Once all the events were done there was nothing to do but wait for the judges.  I can’t even describe the joy and exuberant yelling that went on when Cheyenne was crowned.  Not only did she win the crown she also won the talent competition.  Celebrating was only natural and the whole crowd of us went to Ochoa’s- Cheyenne’s favorite.  A lot of our family came to watch, I am very grateful for all their support.

You just never know what your kids have in them unless you let them try.  I can’t say just how proud I am of her.  Now, it won’t be long and she will head off to college.  I am so glad for the time we had together getting ready for the pageant.  Pageants are not over for us, Savannah plans to compete next year and I am really excited. I t would be so great if Cheyenne could crown her sister as the next Miss Van Zandt County! 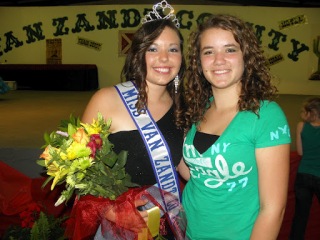 Just because the world needs to smile.
I couldn't agree more- which explains why I love the books I read and write. Fierce women are the most interesting and sexy.
Brilliant!
What is your favorite herb?
My forever #mcm
Sunday Vibes