The morning dawned cold (for Texas) and I thought it would be so nice to start a fire in the wood burning stove so the kids could wake to a cozy family room and have a warm spot to cuddle by.  I am not sure what happened, but instead of being woke up gently with warmth from the stove the kids woke to the sound of the smoke alarm with the house filled with eye-stinging haze.  Then to clear the smoke we had to open the windows and turn on the ceiling fans.  For whatever reason the log in the stove refused to flame up but just kept smoking incesently.  The moment came when I looked at my kids and said,”Don’t ever do this” and then forced the very well lit and hot log out of the stove into a box which was then delivered to the burn pile where it smoked for hours.

So, began our day.  It was a good day, especially for Jonathan as we found three snakes during our gardening.  I personally hate snakes and have a crazy fear of them.  If you would like some laughs at my expense, you can read all about my fear of snakes on that link above.  The first two were baby snakes and nothing more than harmless garden snakes which are so good to have around that I leave them be.  You don’t have to worry about me killing a snake before I know what kind it is- I don’t stick around long enough to know.  I high-tail it out of wherever I am & the snake happens to be and yell for one of the kids.  Yes, you read that right I have my children do the snake killing.  I am the kind of mom that will lay down my own life for my children- until we meet a snake and then you are on your own.  Unless the child is still small enough for me to carry and then I run away with the child.

The third snake, however, was not so small.  Last week the young man who works for me dug holes for the Camellias I am planting along the fence.  Being such a full week I hadn’t had time to put those in the ground so I just dropped pot and all into the hole.  By dropping the pot and all into the hole it kept the wonderful rain from filling the hole back in before I could get the plant planted.  As it turns out, this also gave a good spot for a snake to take up residence.  I pulled the Camellia out, dropped it in my lap, pulled it our of its pot and tore up some of the roots.  I then leaned over the hole knocked some soil in and went to stick my hand in too.  Then I spotted him, coiled up in the hole hissing at me.  Glory Hallelujah I just about had a heart attack.

I then called for Jonathan, my resident dragon slayer.  He got his 4-10 and blew the snake’s head off, J is a dynamite good shot.  I would have left the snake alive except that it was colored like a water moccasin and acting aggressive.  I understand the fear the snake was feeling- I was feeling the same way.  But, we couldn’t take a chance and J shot him dead.  Literally, he blew his head off and nothing more so then the snake became a homeschooling science project.  With the trusted field guide to North American reptiles, we determined that it was a yellow-bellied water snake- harmless except for the heart attack and self inflicted injury you incur while trying to get away.  As the kids dissected the snake they found a frog in its stomach.  The snake was then skinned and that skin pinned to a board to dry in the sun.  Jonathan could not understand why Sierra would not even think about letting him bring that into the room that they share.  It seems that smells do not bother 11 year old boys.  So, J will decorate his fort with the skin. Effie the Pig got the rest of the snake, as it turns out water snakes must not taste too good- she didn’t really like it.

If you look close, you can see the frog on the ground at the end of J’ s knife.

As the boys and girl took the snake apart I got back to my work which was planting the Camellia and raking all the leaves and sweet gum balls up to use as mulch on my tomatoes.  There are about 30 tomato plants in the garden now and all of  them have a layer of cardboard mulch covered by a thick layer of leaves and compost.  Every time I raked and hit a stick which made leaves move I jumped.  Needless to say, I was a bit nervous for the rest of the day.  For all I knew, there could be another snake lurking about.

C, the young man who works for me, did great work putting in the brick edging for the knew path ways.  Now, the gardens in the front of the house are starting to take shape.  These beds are located under large shade trees so we have been planting a lot of azaleas, camellias, hostas, and vinca.  There is enough sunshine for Iris and day lilies to bloom so those will be added.  Sometimes, I fuss at myself for spending time on the “unproductive” gardens when there is still much to do in the veggie gardens and herb beds.  But with the rain, which is wonderful, those area were too wet to work and the great majority of the herbs are planted.  I still have Basil to plant but the weather keeps dipping down to very cool and I am gun-shy about planting it just yet. I just love my work!

Now for today- errands to run in Tyler and more planting to be done.  I will have more seed trays of Basil done along with cuttings from oregano & mint.  We have been very busy and it is time for new crops of herbs to get going.  Hopefully today will be a snake free day.

So what gets your heart racing?  Snakes, spiders, mice? 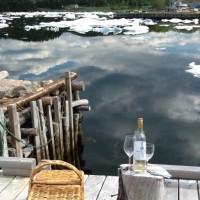 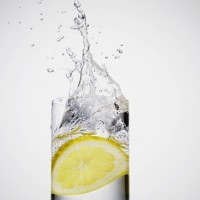 "It is no bad thing to celebrate a simple life." -Tolkien

finding the extraordinary in the ordinary

Keeping The Lines of Communication Open Around the Globe.

The Author Home of Marcus Johnston

Mavis' blog about pets and life including Africa

from the fullness of Jesus we have all received grace upon grace.

The heavens are telling the glory of God; and the firmament proclaims His handiwork. Psalms 19:1

Pursuing The Global MBA: A Personal Documentation On What Makes The Good Life.

This is a journal of the art of woodworking by hand

Listen to your inner self..it has all the answers..

Musings and books from a grunty overthinker