During the Christmas season when we focus on celebrating the birth of our Savior, Jesus Christ, I can’t help but think of the Crucifixion as well. They are inseparable, without either one there would be no salvation and redemption.

Growing up in church I was told many times how God gave His Only Son. He did, this is truth but I always thought that Mary kind of got left out- Jesus was her son, as well.

For many years I pondered on Mary, what it must have been like for her. The joy of bringing the Son of God into this world. The bitter sadness of bringing the Son of God into this world. Being the Jewish girl that she was, she knew the prophecies, she knew what lay ahead, she knew the sacrifices she and Joseph had already made to get this baby here. This was her son, too. She loved him as any mama loves her baby. Given all of that, I always wondered why she didn’t get more credit. She gave her son as well as God.

God gave his Only son, Mary of course had more children, but did that really mean it was no big deal that she gave Jesus? Then it came to me- when all of the events of Jesus’ death began to happen and as she stood there and watched him die on the cross- as a human, she could do nothing. It was out of her control. She certainly sacrificed, felt the grief, and was probably so angry she could have spit nails, but all said and done she had no control. Jesus was a grown man and he made his choice to follow God’s path and set us all free from eternal death and restore us to our Creator.

Now God, on the other hand, He was Almighty God- Commander of the Angel Armies.  At one word Angels could have swooped in and took Jesus home to Heaven

As God, he was in control and he had the power to stop the whole horrible day.

He gave his only son.

How much He must  love me and you. He could have stopped his child’s suffering, but He saw the big picture- our redemption- and He restrained himself and let Jesus die. What a sacrifice, what hurt. God felt the same pain, grief, and anger as Mary. We are made in His image, we have feelings and emotions -so does He.  But He endured the pain and hurt so that you and I could be restored, forgiven, and set free.

Could it be that the pain of seeing all of us lost to the evil one and separated from our heavenly father was more painful than watching his only son- the perfect one- die on the cross?  He wants a relationship with us that bad…  Mind boggling that the creator of the universe, the Alpha & Omega likes me that much.  I don’t know about you- but that motivates me to live better and love more.

God gave his only son…. So Celebrate this Christmas- Our Redeemer Lives!

2 thoughts on “Mary- Did You Know” 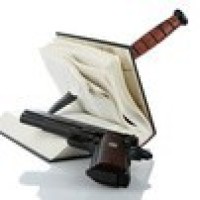